Gig Economy In the IT Sector: How Does It Affect Both Sides?

Not so long ago, employees and employers were getting familiar with remote work. In each group, some people doubted that telecommuting was not only a trend, but it was here to stay. Times have changed, and working from home is not a benefit anymore. It has become a natural way of working for many of us because of circumstances. Now, we are experiencing another change in the labor market – the gig economy. It’s not really new. Freelance jobs or seasonal work have been here before, so why is it all over the news again? 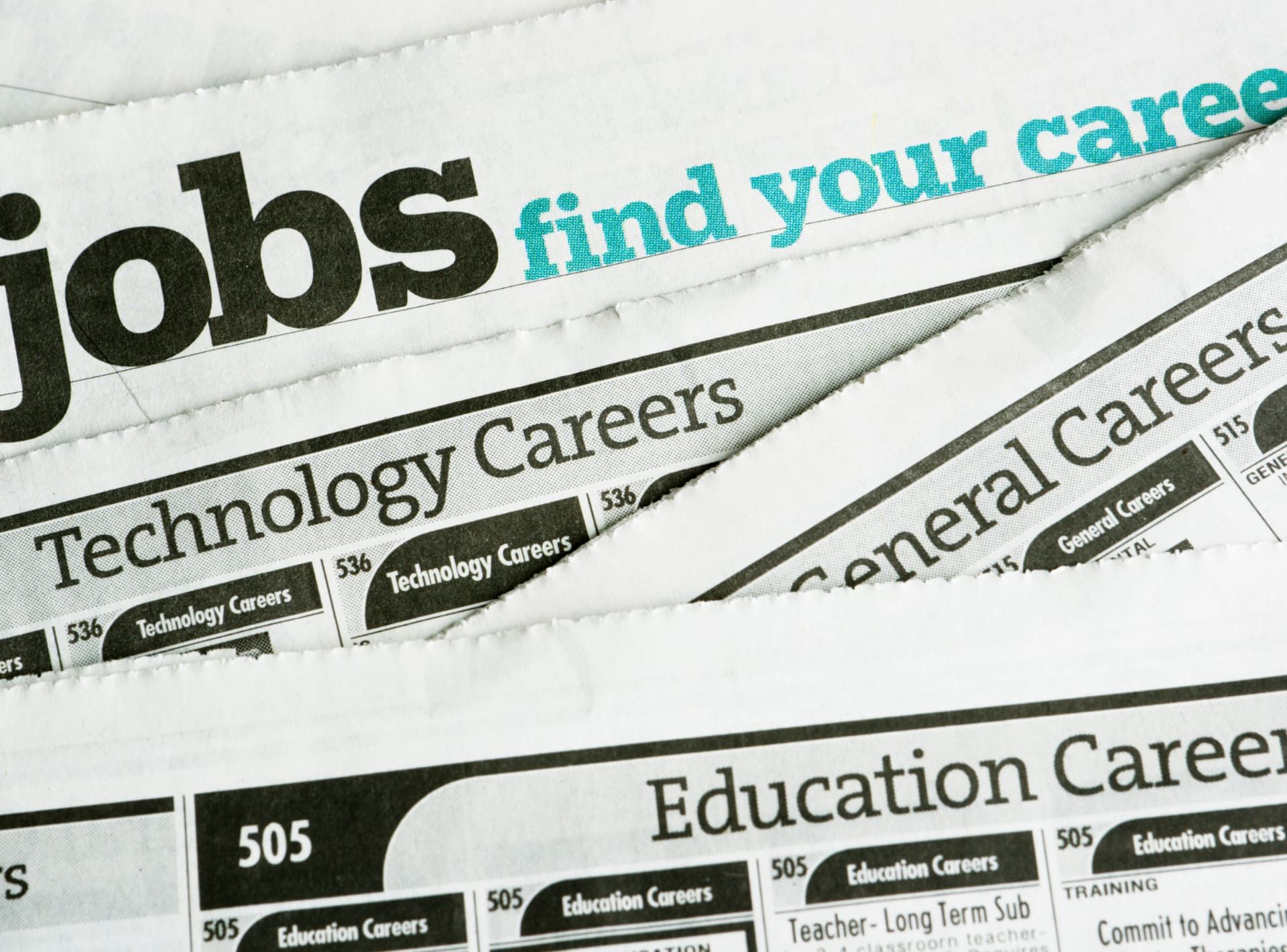 What is the gig economy? The word "gig" refers to the temporary nature of the work itself, and participants may have a different approach to it. Some treat gigs as their main source of income, while others as a possibility to earn a decent amount of money during a specific period. On the other hand, also employers perceive "gigs" as a possibility to invest money into someone's work only when it's needed or a chance to partly strengthen their companies with a highly skilled workforce which wouldn't be available in the other case.

In this article, we explain what the gig economy means for IT departments' smooth running.

Gig economy – importance and impact on the labor market

Gig economy term refers to a situation where an employee does not provide services in a full-time model but functions on the labor market by accepting temporary jobs and implementing specific projects. It became more popular through the business model of such companies as Uber or Airbnb, who offer people worldwide the opportunity to increase their income by working mainly on their own terms.

However, today the phenomenon of contract work concerns all sectors of the economy practically. According to the analysis of the Morgan Stanley bank, as much as 35% of the working population in the U.S. (over 55 million people) may engage in temporary work to a different extent. In 2027, this percentage may reach as much as 50% of all employees in the largest economy in the world. In France, Germany, and Great Britain, the dynamics of the supply of such work exceed the average employment growth rate.

The number of “gig workers” in the EU doubled between 2000 and 2014, making it the fastest-growing group of employees. Research conducted by BCG in 11 markets shows that the highest percentage of people who work based on contracts is in the IT sector. In addition, there are already over 57.3 million people in the U.S. itself registered on the platforms offering freelance jobs worldwide.

According to Upwork, there will be even up 86.5 million freelancers by 2027. Moreover, these people made their own decision to become gig workers instead of having permanent employment. 41% of freelancers in the survey by PYMNTS stated they were hired because they have unique skills to complete an ad hoc project.

Freelancers offering professional services can participate in digital marketplaces to secure a greater volume of assignments. For companies, the gig economy gives a chance to scale up or scale down their resources when necessary and secure the skills they need to accomplish specific goals and projects. Mercer in their Global Talent Trends Study showed that 39% of companies are going to use more flexible talent pools. What’s more, 77% of executives perceive temporary workers as playing a far greater role in providing missing skills.

Gig economy – what does it mean for employers?

In the IT sector, there is a constantly growing demand for software developers, and the company's stable development often depends on whether or not the company has access to this type of employee. In our article on how to sustain business growth despite the pandemic , we mentioned that leaders should shift from FTE to a skill-oriented mindset in order to deal with the tech talent shortage.

Skill-based management allows companies to place contingent workers in a team where their skills will significantly affect the progress of a given project. Moreover, gig jobs are as important for contractors as regular jobs - 64% of gig workers say they are doing their preferred type of work, which means they are fully engaged and motivated to work for their employer. However, to fully use the potential of this workforce, managers need to better relate to their temporary employees.

The gig economy provides a unique suite of challenges and opportunities for established companies that seek workforce agility and expertise in competitive marketplaces. To get the most out of alternative workers, managers must communicate their organization's mission and values quickly and concisely. And just because workers are temporary, doesn't mean they don't have engagement needs. Employers should aim to be the first choice for a gig workforce that could easily choose to leave for a competitor (source: Gallup)

Another aspect companies should emphasize is ensuring that contingent workers have desired skills, so they can effectively and immediately support internal teams. When their hire someone permanently, even less skilled employees can improve over time. In the case of contractors, after onboarding, they should not require leading them by the hand. It's one of the reasons why companies started to use IT staff augmentation services more willingly, especially in IT when each hour of developer's work is quite costly.

Utilizing gig workers allows businesses to have a diverse pool of flexible specialists at their disposal and move projects forward without the necessity to invest in often time-consuming recruitment processes. But the cooperation will only be successful if an IT expert has needed experience and expertise. In Blue House, we have developed a process of correct selection of a developer for a given project and a process of cooperation between us as a service provider and the client, so there is no room for failure.

It seems that software developers have always had more freedom than employees from different departments. For example, the high demand for their skills forced companies to offer such benefits as remote work before it became a standard. Remote work was also the way to collaborate with such specialists from different parts of the country or even the world without complicated paperwork and complex relocation process. So what gig economy changed in the career of software developers?

Being a contractor gives developers much more freedom than a full-time job. They focus more on accomplishing goals and finishing tasks before the deadline instead of working standard hours. In the EY Global Contingent Workforce Study report, 80% of respondents admitted that work flexibility is the greatest advantage of the "gig economy". They also appreciate the flexibility for holidays, taking time off. On the whole, being unable to get a full-time job is not the main reason for doing contingent work. For the clear majority, there is a conscious decision to embrace the gig economy.

Another difference is that now more skilled IT professionals don’t need to work in one company for more than the duration of the project, and this is not viewed negatively. In general, companies became suspicious about IT specialists that switch jobs often. In such a case, they have concerns about employee loyalty as well as whether money is not their only motivation. This aspect isn’t taken into account when searching for contingent workers. Moreover, according to Gartner, 32% of businesses are going to increase their use of contingency workforce vs. FTEs.

Now, these software developers who prefer to work as gig employees have more freedom to choose this company that offers work on a project that suits their skills and interests. However, searching for an exciting project may take some time – one of the solutions is joining IT communities built by software houses or IT staff augmentation companies. For example, Blue House provides its IT community members with a project selection process based on their skills, interests, and personal traits.

In the article How to Properly Match a Remote Developer To the Project we explain our process.

Being a part of the gig economy also means that developers, instead of doing similar tasks on each project, have a possibility to fill in their work with different elements when starting a new one - which helps to stay motivated and makes the job exciting. Also, pay for contractors is variable from company to company. Some businesses decide to pay their workers more because they don’t have to invest in benefits in addition to salary.

Gig workers can be perceived as people who belong to a huge “library of skills” that businesses can use to strengthen their business models. A contingent workforce can help drive and accelerate change and support rapid scale-ups. The development of technology made it possible to build and integrate new products, services, and more into operations without expanding full-time equivalent headcount. Both developers and organizations are now embracing the flexibility that contingent work arrangements provide.

Contact us if you want to take advantage of the gig economy as a client or a future member of our IT Community.